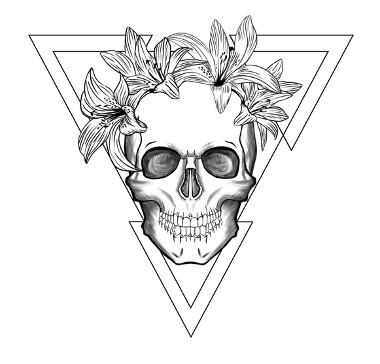 Flowers have many roles in human social life. On various occasions, flowers are often present on birthdays, weddings, funerals, or congratulations. They have different messages, but it does not rule out that each has a myth that many people believe. Of the many myths that exist against them, it is the bearer of lousy luck to symbolize death that most make the flower’s beauty disappear.

This is the same with Lily bouquet. They are often called the bearers of bad luck if you bring them indoors. Then is it true that Lily brings bad luck?

Lily is often associated with a funeral flower. This is one of the reasons they are called the bearers of mischance. In ancient times, the Romans always put them in the hands of the deceased when they were placed in the coffin as a symbol of rebirth. This tradition then led to the birth of Lilies’ meaning as a symbol of death. Because of this association, bringing them into the house was considered a mischance.

In some countries, this flower with another name Lilium is also believed to be a symbol of death or a funeral flower. For example, in China and Russia, they are symbols of death and misery. Therefore, they are the people’s choice to offer condolences. Liliums have the meaning of life after death for the deceased’s soul. They signify purity and light so that when you bring a lily, it means you hope and pray that the soul of the deceased has been restored from sin and returned to an innocent state.

But don’t worry, if you want to give a lily bouquet to your loved ones, avoid white lilies because only the white color is used as a funeral flower. The gift of a bouquet filled with even numbers is also a symbol of death. Another color to avoid when gift-giving a bouquet is orange because the orange ones mean hatred, lies, pride, and humiliation. If you don’t want to break up, avoid giving a bouquet of orange lilies to your loved ones. However, you can still give a bouquet with orange lilies in it. This is because only giving large quantities of orange lilies has this lousy meaning. You can combine it with other colors and flowers.

Another reason that Lilies bring mischance is to protect the cat. Those of you who keep cats at home, don’t ever bring Lilium into the house. Lilium is a poisonous plant. Its nephrotoxic pollen content is toxic to your pet.

When your cat plays around them, the pollen can quickly transfer to its fur. Then, if your cat accidentally ingests pollen. You have to hurry to give him first aid and immediately go to the vet. Liliums pollen, which is nephrotoxic, can damage your cat’s kidneys. And not long after that, your cat will develop kidney failure. Then, what is the first aid you should give? If your cat accidentally plays close to Liliums, then immediately wipe the fur with a damp cloth to remove pollen. Stop him from licking his fur, then take your cat to the vet.

When we bring plants into our homes, it aims to beautify the house and give an aura of positivity and fresh air. However, if you are a lazy person in caring for it, forget to do it. If you leave the Liliums untreated, they will wither and die. This is what makes it a mischance plant. Because if they rot and die, they will invite flies and disease into your home.

Not only lily brings lousy luck, but according to Vastu Shastra and Feng Shui, some plants have the meaning of bringing lousy luck at home. Cacti with sharp thorns are also believed to be mischance plants in the house. Except for roses, thorny plants such as cacti are considered unlucky plants because they can trigger an argument. Likewise, according to the philosophy, this plant is unlucky with a cotton plant because it becomes an easy intermediary for dust and dirt in the house. Dust and dirt are also believed to be a source of misfortune and poverty at home if they are often left alone.

Bougenville is also not good for planting around the house because it can cause infidelity in love relationships and create lies about family finances. Besides, this plant is believed to invite conflict in the family. Meanwhile, according to ancient mythology, the tamarind tree is believed to be the dwelling place for evil spirits and various other supernatural figures.

Next up are bonsai trees and several other trees with red flowers. Bonsai trees should not be placed indoors or in a house. This is because bonsai plants have limited growth properties, and if they are confined, they will have a bad influence on the life of you and your family.

If you already know the plants that bring mischance above, then it’s a good idea to avoid buying or giving these plants to your loved ones. Even if you don’t believe in these myths, it will backfire on you if those who accept believe them.

Flowers are God’s creations that grow naturally so charming, beautiful, and elegant. They can provide positive as well as negative energy. Its power and influence on one’s emotions are simply amazing. They can calm someone down, engrave a smile of happiness on his face to cry of joy.  Like the Lilies, although behind the meaning of bringing mischance. They are still beautiful flowers with a unique fragrance and petals, one of their charms. However, giving a gift still requires proper consideration. You have to think about what you want to convey through the gift.

If you are interested in buying lily bouquet, you can buy it on website. FlowerAdvisor has a large selection of types of articles suitable for every occasion. Starting from birthday gifts, anniversaries, valentine’s to condolence flowers. As they provide gift delivery Singapore, you can even give your loved ones additional gifts such as cakes, shoes, dolls, wine, necklaces, and others.