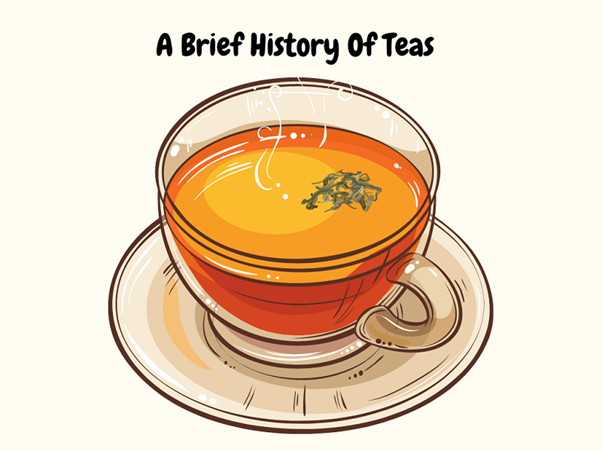 Before people get crazy over fizzy drinks and sodas, they first had a cup of tea in the afternoon. In fact, people love tea so much each country has its brew and variation of tea.

Unsurprisingly, after thousands of years of existence, tea has given birth to a new and youth favourite tea variation– milk tea in Singapore. The popularity of milk tea has some drawbacks as well.

Many health enthusiasts and experts have warned people about the adverse effect of excessive consumption of bubble milk tea in Singapore on health.

A Brief History Of Teas

Tea is a beverage created by pouring a boiling hot into a cup with fresh, cured, or dried leaves and herbs. The leaves give the aroma and the flavour to the water, creating one of the oldest beverages in the world.

The History Of Tea

Have you ever wondered about the history of milk teas whenever you order bubble tea online in Singapore? The birth parent of bubble teas is traditional teas.

Before teas became part of the afternoons of western households and eventually, a few of their historical events, such as the Boston Tea Party in 1773, the history of teas can be traced back 5,000 years ago in China.

From then on, tea found its way to Asian countries, such as Japan and Tibet, until it reached Europe through Portuguese traders and missionaries who had lived and traded in the East.

The History Of Milk Tea

The discovery of the modern bubble milk tea available in Singapore is very far from the legend of Chinese Emperor Shen Nung. Rather than spontaneous discovery, milk teas were born due to the innovation of their makers.

Milk tea was born in Taiwan around the 1970s. In an attempt to attract younger people to drink tea, tea makers began incorporating new ingredients into teas to suit their tastes.

In 1983, a Taiwanese cold tea maker added tapioca pearls, giving a gummy texture to the cold beverage. The name “bubble tea” or “boba tea” came from the bubble-like appearance of tapioca pearls in your milk tea in Singapore.

Now that you know the history of tea and bubble milk tea in Singapore, it is time to discover their relationship with your health.

Health Tea: The Effects Of Tea On Your Health

Your Health And Regular Tea

The polyphenols found in regular teas, such as black and oolong teas, reduce the incidence of diabetes and improve insulin sensitivity, the opposite of milk tea in Singapore.

Regular teas contain antioxidants effective in detoxifying the body and eliminating cancer-causing free radicals. And can help reduce your risk of developing cancer.

There are claims that caffeinated green teas have contributed to weight loss, but further studies are still needed to prove these claims.

Your Health And Milk Tea In Singapore

There is still ongoing debate about if milk teas are healthy or unhealthy or whether or not the health benefits and drawbacks of bubble tea in Singapore outweigh each other.

One truth remains; excessive consumption of anything is terrible for you. Drinking milk tea or fruit tea in Singapore every day affects your health.

As mentioned, regular teas have compounds that help with weight loss. When milk is added to your tea, the milk neutralises these compounds, thus, eliminating the tea’s weight loss effect.

On its own, milk is a source of calcium, a mineral hardly found in teas. Combining milk with your tea is getting calcium in every order of bubble tea online in Singapore.

The primary horror in your cup of milk tea is its sugar content. Bubble teas can have spoonfuls of brown sugar, added sugar from fruit syrups, and calorie-rich tapioca pearls.

Diabetes and cardiovascular diseases are only a few of many obesity-related chronic ailments. The caloric content of bubble tea remains a primary concern in the obesity rate among Asian adolescents.

The million-dollar question is: can you still enjoy milk tea and fruit tea in Singapore?

Choose the lowest level of sugar.

When you order bubble tea online in Singapore, you can choose sugar level options with 15% as the lowest and 100% as the highest.

As much as possible, choose the lowest sweetness level for your drink.

Cut back on toppings.

As mentioned, toppings like tapioca pearls, jellies, and fruits, are packed with calories and sugar. Drinking plain milk tea in Singapore alone reduces your sugar consumption.

Excessive consumption is always terrible for one’s health. It is okay to limit yourself to one milk tea a week or every fortnight.

The older and classic versions of milk tea in Singapore–the regular teas–are a much healthier option.

Even before coffee surfaced, teas already existed and were being consumed by our ancestors. Giving it a new look and taste is a great way to keep the drink alive. But these innovations have repercussions people should be cautious with.