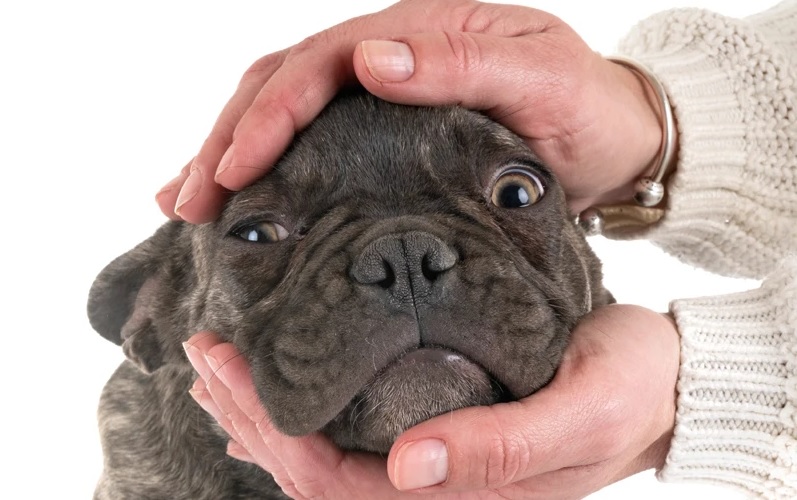 The French bulldog is a small companion dog from England. However, its history is linked to the British marginalization it suffered during the 19th century. A time when Bulldogs were accepted in just a single size in Britain, and puppies that were born smaller were rejected. It was then that, brought to France by English artisans, these small dogs started to develop in miniature size. French Bulldogs were created primarily to hunt mice, but after appearing in paintings, they became very popular even in England itself.

Socialization is a requirement

His personality is said to be enthusiastic, energetic, calm and mischievous and looks curiously attractive with his “bat ears”, soon became fashionable. Frenchie still shares many other characteristics of his ancestor Bulldog, such as the low center of gravity, wide body, heavy bones, a large square head, loose skin forming wrinkles on the head and shoulders. He has a curious expression, and his movements are loose and free.

They usually get along well with everyone, which is why they are among the best breeds of dog for kids. But they can be territorial and possessive, especially in the presence of other dogs. Socialization is a necessity for Frenchie dog breed. But with its easy temper, this task will not be difficult. Due to his humorous but mischievous nature, the French bulldog needs an owner who is consistent, firm, and patient. They can also be excellent guard dogs despite their small size, but it is not their style to bark without reason. They are protective and able to defend their family and home with their own lives.

Space is not essential, but company is

They don’t need a lot of space and are perfect for living in apartments, as long as they take daily walks of at least 15 minutes to keep them in shape and healthy. But it is good to keep it in a cool and comfortable environment. He is susceptible to heat exhaustion, because like any brachycephalic race, or “flat face”, he has difficulties to regulate his body temperature.

When the French bulldog is the perfect combination, it is impossible to have just one, so much so that the French bulldog is among the most popular and best-selling breeds in the USA. And because he is so dear, he also ended up being on the list of breeds most targeted by thieves, so protect your puppy and don’t go out with him around.